How to Fix Vertigo at Home

If you search the Internet, you will see many articles and videos about how to treat yourself at home. Some are good, some aren’t. There is really only one type of vertigo that you can fix at home, and it is called BPPV (Benign Paroxysmal Positional Vertigo).  With this type of vertigo, the spinning sensation lasts for only seconds, and is caused by changes in position such as bending over, getting in or out of bed, or tipping one’s head back.  If a person is experiencing vertigo lasting for minutes to hours, then it is not BPPV but another type of vertigo.  If that’s the case, the person needs to go and see their doctor because doing the maneuvers will not help a bit.

When it comes to the repositioning maneuvers, there are a few.  The most commonly used is the Epley Maneuver, because this treats the posterior canal, which is where the crystals are usually dislodged to in about 75-80% of cases. There is also the anterior canal or the horizontal canal, where BPPV occurs about 10-15% of the time.  Each canal has a different treatment.  For a person looking on the Internet to treat this problem, it is a bit of a crapshoot because first they have to first figure out which ear has the problem, and then which canal has the problem.

Sometimes people have a sense of which ear is affected. If a person gets

dizzy when tipping their head back and to the side, sometimes they can figure out which ear it is.  For instance, if my dizziness only happens when I look up and to the right, then it is probably the right ear. It is also possible, but less common, to have BPPV in both ears.

This week I had a patient who had BPPV over the holiday weekend. She didn’t want to go to the ER, and she didn’t know what to do. She started surfing the Internet, saw some maneuvers on the Internet, and decided that she could do it with the help of her husband. She did not improve, and came to me.  After examining her, I could see that she was doing the wrong maneuver. She had BPPV in the posterior canal, and she was doing treatments for the anterior canal. Needless to say, it didn’t work. Here are some questions my dizzy patients in Sarasota, Florida ask me about doing vertigo treatments at home. I hope the questions help you decide if trying to fix your vertigo at home is right for you.

1. Should I try to fix my vertigo at home?
It’s up to you. Perhaps you will get lucky, and figure out which ear it is and which canal it is.

2.  Can it make it worse?
Yes, there is the chance that what you are doing at home may make it worse.  For instance, if the crystals then move into more than one canal instead of going back where they belong, the person may be even more sensitive to movement than before.

3. Will it hurt me to try the maneuvers on my own at home?
Doing the maneuvers incorrectly will not cure your problem, but it is not dangerous per se.  BPPV is not the kind of health problem that will kill you, that’s why it is called “Benign”.  If you have a neck problem, you may want to have a professional do the treatment so that you don’t injure you neck accidently. 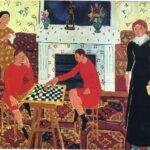 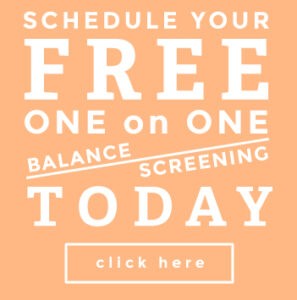